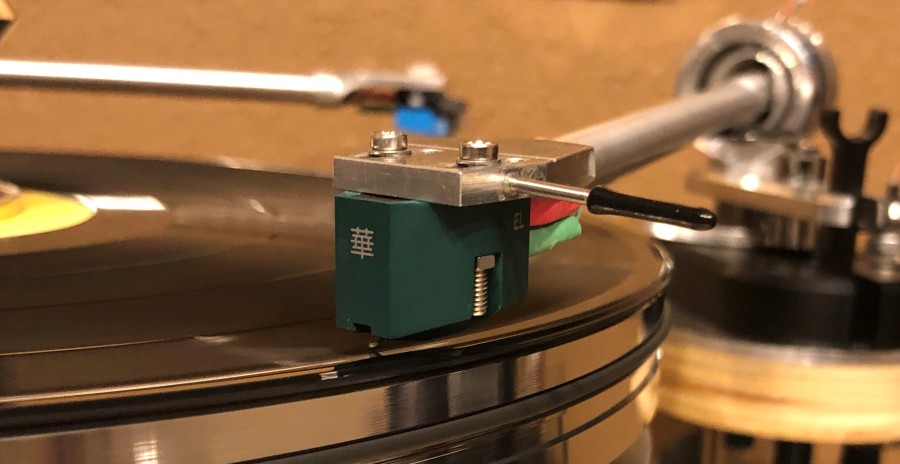 There’s a picture of me in the hospital with headphones on, lying in bed. I have no memory of it, but Diana knew that I liked to listen, and the doctor suggested it, so there I was, in la-la land, grooving to something. Turns out it was a good call.

“Music is the medicine of the mind.” John A. Logan

A little background. I enjoy music, collecting music on LP and CD. I like it so much I have built a dedicated listening room, complete with expensive gear. I can spin records, play CDs, download high quality files and enjoy nearly any music available. I listen to virtually all genres, all eras. I guess you could call me an audiophile – “one who enjoys sound” – because it’s not just the music, I want it to sound as good as I can afford to make it sound. I told someone recently what I spent on my integrated tube amplifier and they literally choked. But there is a practicality in that kind of excess – if I like music it stands to reason that I want to hear as much of it as possible, every nuance, every note, every intention of the artist.

“If music be the food of love, play on, give me excess of it; that surfeiting, the appetite may sicken, and so die.” William Shakespeare

I was excited to come home for a lot of reasons, but I admit I missed my music room a lot. The first chance I had I was out there, Diana guiding me on my walker, to spin a record. I had received a few new LPs while I was recuperating, including the newly remastered Abbey Road, my favorite Beatles record. Giles Martin has done a fabulous job remastering other Beatles records so I was excited to hear this one. I took it out of the shrink, placed it on the platter and dropped the needle. And was severely disappointed. It sounded terrible, flat and lifeless, like I was listening in a box. I was discouraged and went back inside the house, thinking my hearing had been damaged.

“My heart, which is so full to overflowing, has often been solaced and refreshed by music when sick and weary.” Martin Luther

Over the next couple of weeks I tried again. But I just wasn’t connecting with the music. I used to spend hours out there, getting in a groove, covering the ground of an artist or an era or just a sound. I used to dig Sunday Morning Jazz, but even with some spectacular new records I was not feeling it. It was so obvious that Diana noticed – I think she liked me in the music room so she could watch “her shows” uninterrupted.

A side note. In the course of recovering from my brain trauma I had various PT, OT and SLP sessions. And everything that was addressed improved. When I started PT I could not walk unassisted. When I first met with OT I could not shower myself. Before my sessions with SLP I had trouble connecting my thoughts. And none of that happened in one session – as a matter of fact, it’s still going on. These therapists use techniques to slowly help my damaged brain reconnect new pathways for movement and cognitive function.

One morning I was reading a letter in Stereophile magazine (I’m sure you subscribe, don’t you?) and the little cartoon lightbulb went off over my head. The writer talked about how we go about enjoying music, the “dopamine response to music” as he put it. How that happens in each of our brains will be different, and that is why we all have different tastes in music. So, I did some digging and found this recent study that established the relationship of dopamine to music enjoyment – and in tangible terms.

“This study shows for the first time a causal role of dopamine in musical pleasure and motivation: enjoying a piece of music, deriving pleasure from it, wanting to listen to it again, being willing to spend money for it, strongly depend on the dopamine released in our synapses,”*

Now I was hot on the trail of something. At the same time, I kept attempting to listen to music. I had huge success one night when I played four Diana Krall records. Now, I love Krall, especially her early records which are serious jazz. It was as close as I had come to connecting to the music. It’s worth noting all of her records are well-recorded and sound fantastic sitting in the “hot seat” in my room. So, I kept moving forward and one night had a session of current records – I’m not one to believe “all the good music was made back in the day” – and it was there again. Maybe not as strong as before, maybe not leaving me slack-jawed or emotional. But the sound of music was coming back!

Part of my recovery therapy is a prescription drug called Sinemet. It is dopamine in two forms, the idea being to supply dopamine to the brain because it has slowed down or even stopped making it. Increasing dopamine levels is a critical component in recovery. The virus had attacked my basal ganglia and now all of my therapy was focused on establishing new pathways so I could walk, think, talk – and maybe listen to music? And like all therapy it takes time and repetition to gain results. Perhaps my damaged brain was reconnecting the pathways that took me to audiophile heaven? Could it be that dopamine was the key? From the study:

“We cannot conclude that taking dopamine will increase your musical pleasure. What we can say is much more interesting: listening to the music you love will make your brain release more dopamine, a crucial neurotransmitter for humans’ emotional and cognitive functioning.”*

It’s worth noting I’m not the sharpest tool in the shed. Certainly less so now after that pesky mosquito bit me and inflicted me with this harm. But convinced from my research (okay, Google) I was on to something, I have tried and found that the key is to listen to music that I love. Listen to what has in the past made me laugh or cry or react in some way. Listen to music that touches my very soul and lights up my being. This is not a time for discovering new music – it’s a time for allowing that which used to satisfy me to now make me heal. Today I listened to Steely Dan’s Aja, a great album and a magnificent recording, to experiment. My enjoyment was palpable.

“Music acts like a magic key, to which the most tightly closed heart opens.” ― Maria Augusta von Trapp

Maria had it right. The sound of music is coming back to me. Whether it is the doctor-prescribed dopamine or my brain making its own matters not. Like all of my therapies, I will repeat the exercise, getting stronger every time. Until the music makes me laugh, makes me cry, makes me alive.

And Diana can watch her shows again in peace.

3 thoughts on “Sound of Music”