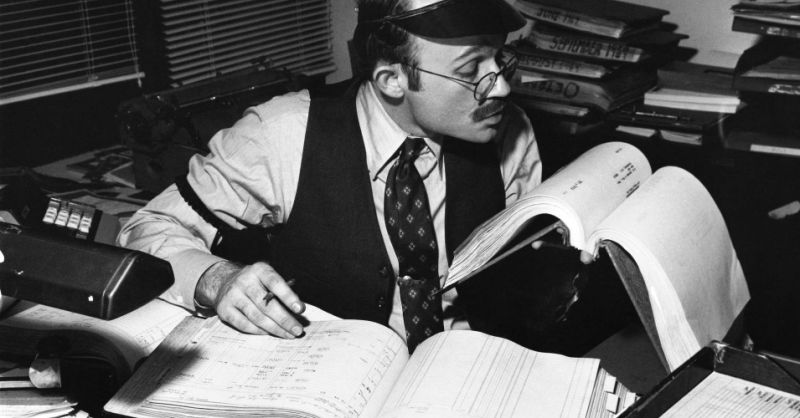 Tax Day has come and gone. In my life I have been three very distinct types of taxpayer come April 15th. The first, which is most wage earners, file their taxes using the 1040EZ expecting, and getting, a refund. Of course, it’s not seen as a refund but as Christmas morning, a surprise in the stocking, unwrapping that beautiful present from Uncle Sam. There are always shouts of joy – “I got $875!” or “OMG – I’m getting $2500!” along with assorted plans to immediately spend it on something extravagant. The second is the much more subdued higher-paid earner and Tax Day is a battle with the full 1040 and all its worksheets, hoping against hope to only pay a little beyond what has already been withheld. And, finally, where I find myself now, a self-employed person with good income who spends hours whittling down the taxable income not only with the 1040 but the Schedule C and all its attendant complexities.

The problem with the first type is the recipient, unless they are getting EIC money, is not getting a bonus check. Instead, their money was taken by force of law and held at 0% interest for the tax year. It was always theirs – just not available to spend, like the old Christmas Club accounts at the bank back-in-the-day. The second type is more realistic and, indeed, the ideal situation is that it’s a wash come Tax Day, not getting anything back and not paying any more in.

The third type? OMG, indeed. You haven’t lived until you write a five-figure check to the IRS, using money borrowed or saved. Or worse yet, filing an extension until October and making that dollar figure even bigger.

Most people I know in the real estate business do the last. Of course, that just kicks in interest and penalties, but most self-employed folks try to keep their money in play all year for marketing expenses. And gas in the car. And all the fees, licenses, dues and such that are part of the business. It’s almost a given in a real estate office that no one pays their taxes on April 15th.

As I waded through the diabolically complex forms and worksheets this year it was looking pretty grim. The perfect storm had hit: I had made a good income, had lower expenses than usual, and my wife’s first full year of retirement meant very little withholding had happened. I was staring, in disbelief, at a dollar figure that I not only did not have but also caused outrage, like a cartoon man with a glowing red face and smoke coming out of his ears. What a horrible system! Term limits for congress! Balance the budget! Deadbeats who don’t work and pay taxes! Too much Federal spending! It’s not fair! Grab the pitchforks and head to DC – it’s time for a tax revolt!

I put my taxes away a couple times and came back for review. I spent hours reading articles on each section to see if I had erred. I carefully combed through my papers looking for another deduction. And guess what happened – my taxes kept going up! There was no way to win this game, at least not this year.

Then a funny thing happened, at about 3:00 AM whilst parsing each line of tax code.

I got to thinking about America, land that I love. I thought about the armed forces that protect us, the infrastructure of roads, bridges, airports that make life easier. I thought about the power grid, the waterways, even the sometimes-burdensome regulations. I thought about law enforcement and our justice system. I know none of the above is perfect, but I also know in a lawless land, in an anarchy, none of it would work at all. And I realized how blessed I am to live in this great nation, to have a voice in governance, to enjoy real freedom.

I recalled this conversation between Jesus and the crafty Pharisees:

Good government is ordained by God. Man cannot live in harmony without some form of governance to keep a semblance of order. Paul expanded on this idea in his letter to the church at Rome:

Let every soul be subject to the governing authorities. For there is no authority except from God, and the authorities that exist are appointed by God. Therefore whoever resists the authority resists the ordinance of God, and those who resist will bring judgment on themselves. For rulers are not a terror to good works, but to evil. Do you want to be unafraid of the authority? Do what is good, and you will have praise from the same. For he is God’s minister to you for good. But if you do evil, be afraid; for he does not bear the sword in vain; for he is God’s minister, an avenger to execute wrath on him who practices evil. Therefore you must be subject, not only because of wrath but also for conscience’ sake. For because of this you also pay taxes, for they are God’s ministers attending continually to this very thing. Render therefore to all their due: taxes to whom taxes are due, customs to whom customs, fear to whom fear, honor to whom honor. Romans 13:1-7

For the first time in a lifetime of paying taxes I had a peace settle over me about the ginormous check I was about to write. Because for the first time in my lifetime of paying taxes I realized I was paying the bill for what I have. Which is freedom, the Constitution, the courts, the roads, the power, the protection. I was writing out a check to pay my bill for America, my country ‘tis of thee, sea-to-shining-sea.

So, you know what I did? I paid my taxes. And I’ll not fret about it again.